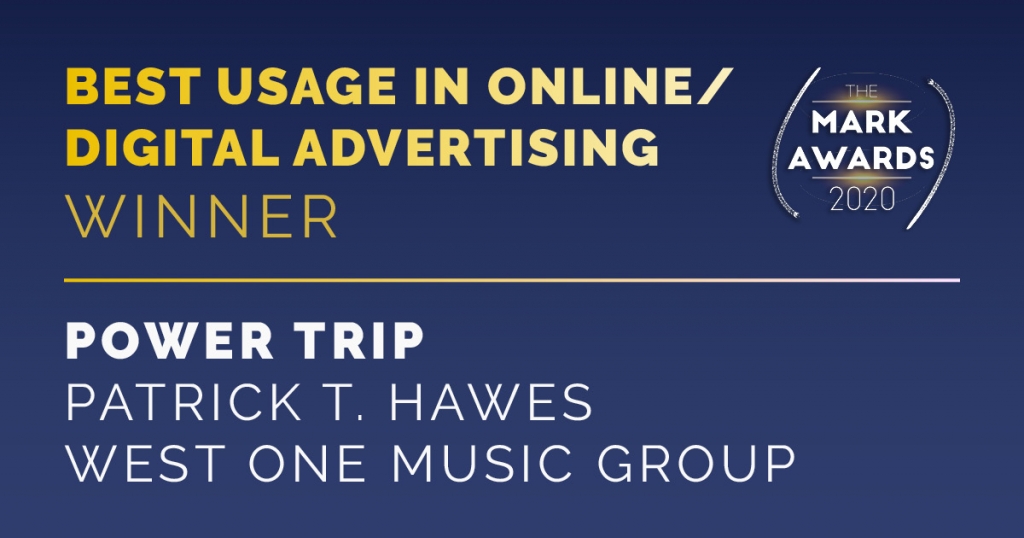 The track was announced winner in the Best Usage in Online/Digital Advertising Category at the (virtual) Awards Show held in LA.

Patrick is thrilled to have won and hugely thankful to the team at West One Music.

Listen to the track here >

Production Music is used by directors, producers and editors from around the world and finds its way on to film, tv and radio.  As well as all of Patrick’s choral and orchestral music written for live performance, he has written hundreds of production tracks for the world’s leading production companies.
Andy Berry2020-10-07T08:37:50+01:00