Classic FM’s listeners have voted for The Great War Symphony in their thousands making it the highest new entry in the Classic FM Hall of Fame 2019!

Patrick was thrilled that his new work, only released last year, was voted the highest new entry at No. 162 and also to have another of his pieces – Quanta Qualia – also appear in the chart at No.299. 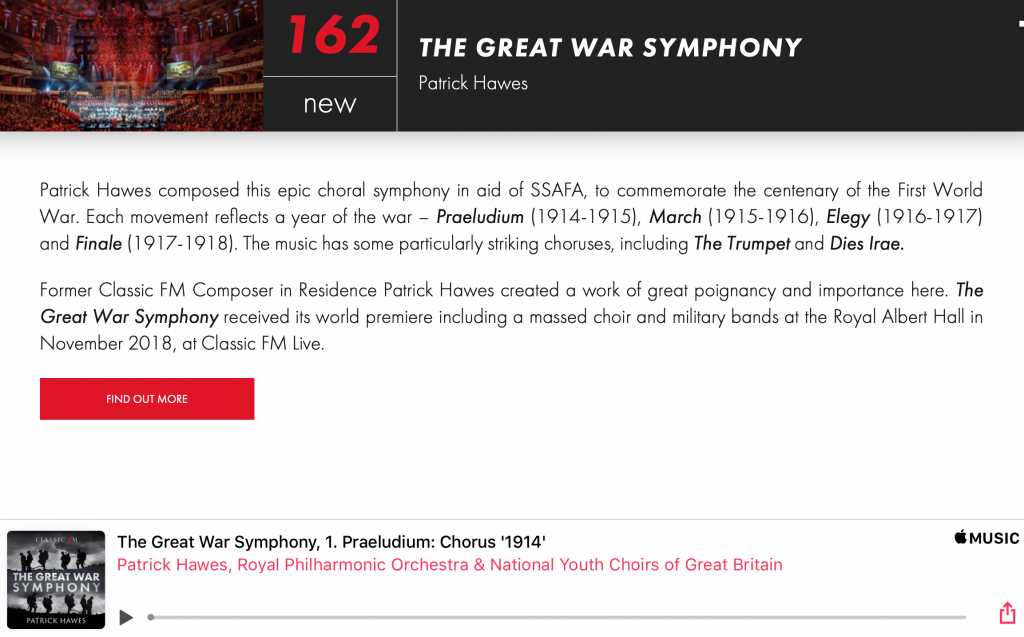