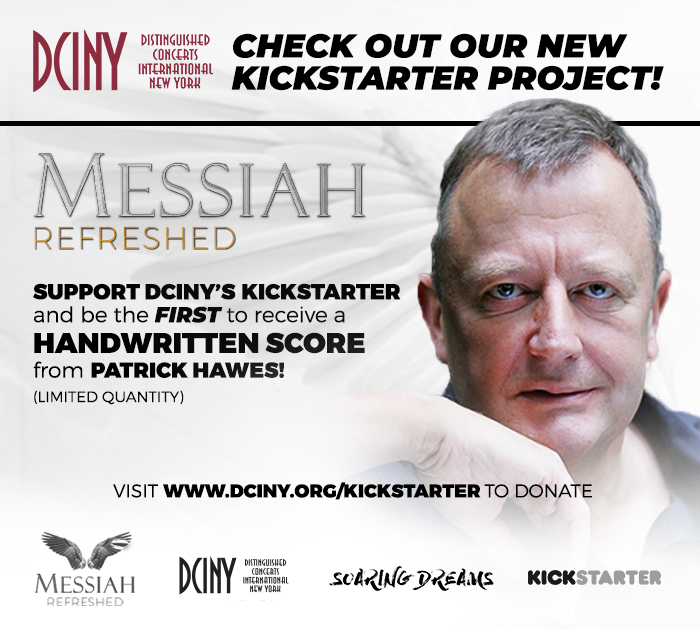 Distinguished Concerts International New York (DCINY) have launched a Kickstarter campaign to record the Goossens/Beecham version of Handel’s Messiah and Patrick has donated four handwritten signed extracts from The Great War Symphony to help the campaign!

The recording, due to take place in summer this year at Abbey Road Studios with the Royal Philharmonic Orchestra, will be the first one to be made since the original was recorded over 60 years ago!  The Goossens/Beecham setting contained over the top,  totally unique reorchestrations with an expanded neo-romantic feel using brass, woodwinds, harp.

The signed handwritten scores Patrick has produced to support the campaign come from his biggest work to-date – The Great War Symphony.  Each score will be a signed excerpt from one of the four movements and will be perfect for framing.  Each donor also receives a credit in the album and copies of the recording.

Find out more about the campaign at http://kck.st/2ChaCnY