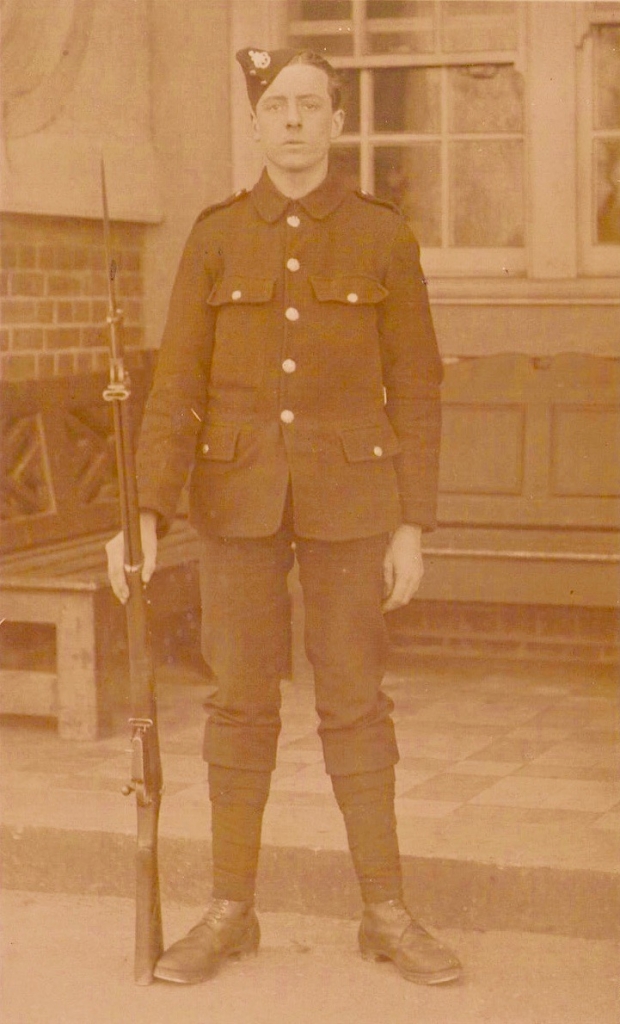 A violin that belonged to a soldier who fought and died at the Somme will tonight be played as part of the World Premiere of The Great War Symphony.

During the recording of the Symphony we uncovered several stories of the musician’s family connections to World War I and Ruth Hoare, who sings with the National Youth Choirs of Great Britain, told us about her Great Uncle Bertie’s violin.

Private Bertie Simmons was a soldier and amateur violinist who dreamed of becoming a professional musician, but was killed on the very first day of the Battle of the Somme, aged just 18.  His violin had been handed down through the family and they had all learned the violin using Bertie’s violin.

We were so honoured to be able to feature the violin in the World Premiere of the Symphony.  Clio Gould – lead violinist with the Royal Philharmonic Orchestra – played the violin for the first section of the third movement, during Anthem for Doomed Youth.  All Uncle Bertie’s family were present to witness this special moment, and it was a fitting way to ensure that Bertie, and all the men like him who fought in World War I, are not forgotten.

We interviewed Ruth at Abbey Road back in March and then Classic FM and ITV News also covered the story.  See their features below: 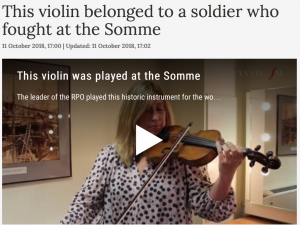 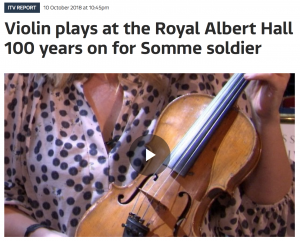