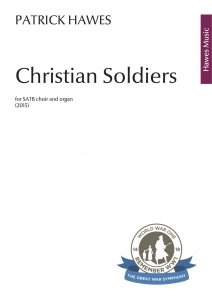 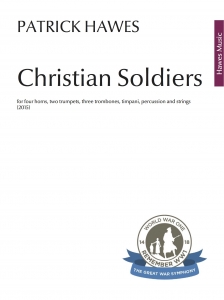 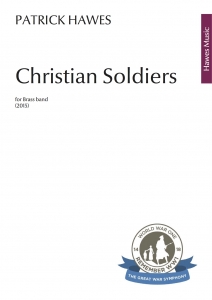 We’ve received a huge response following the Classic FM interview and lots of you have already downloaded the FREE MP3 and FREE SHEET MUSIC of Christian Soldiers and we look forward to hearing news about your concerts using the new work.

A particularly moving message was received from Michelle Gregory, a member of the public who heard The Great War Symphony being announced on Classic FM.  We hope many more will be inspired in this way, and we thank Michelle for her words.

“I heard the first part of this symphony today on Classic FM and was greatly moved. The chief reason for this was that I purchased a Tower of London ceramic poppy this year. I did not wish this poppy to be nameless, so I googled my surname to find a soldier who had come from Liverpool (my home town). I found Albert Gregory who was a Private in the King’s Regiment, Liverpool. He died on November 5th 1917 aged 22 years. He has no known grave, though he is remembered at Tyne Cott Belgium. I thin he may have been at Paschendale. I wish I could find out more about Albert but his poppy is now in my garden surrounded by flowers. Your music, with its echoes of Onward Christian Soldiers, made me think of the optimism that Albert, and so many like him, probably felt at the start of the war. I know he did not go to France until February 1917, but by November he was dead.

“I am so glad he is not forgotten because of the poppy which bears his name on a plaque in my garden.

“Your music brought tears to my eyes as I tried to imagine how excited he might have been to be issued with his uniform. I look forward to hearing more of your symphony as it progresses through the years. I enjoyed the interview this rainy afternoon!”