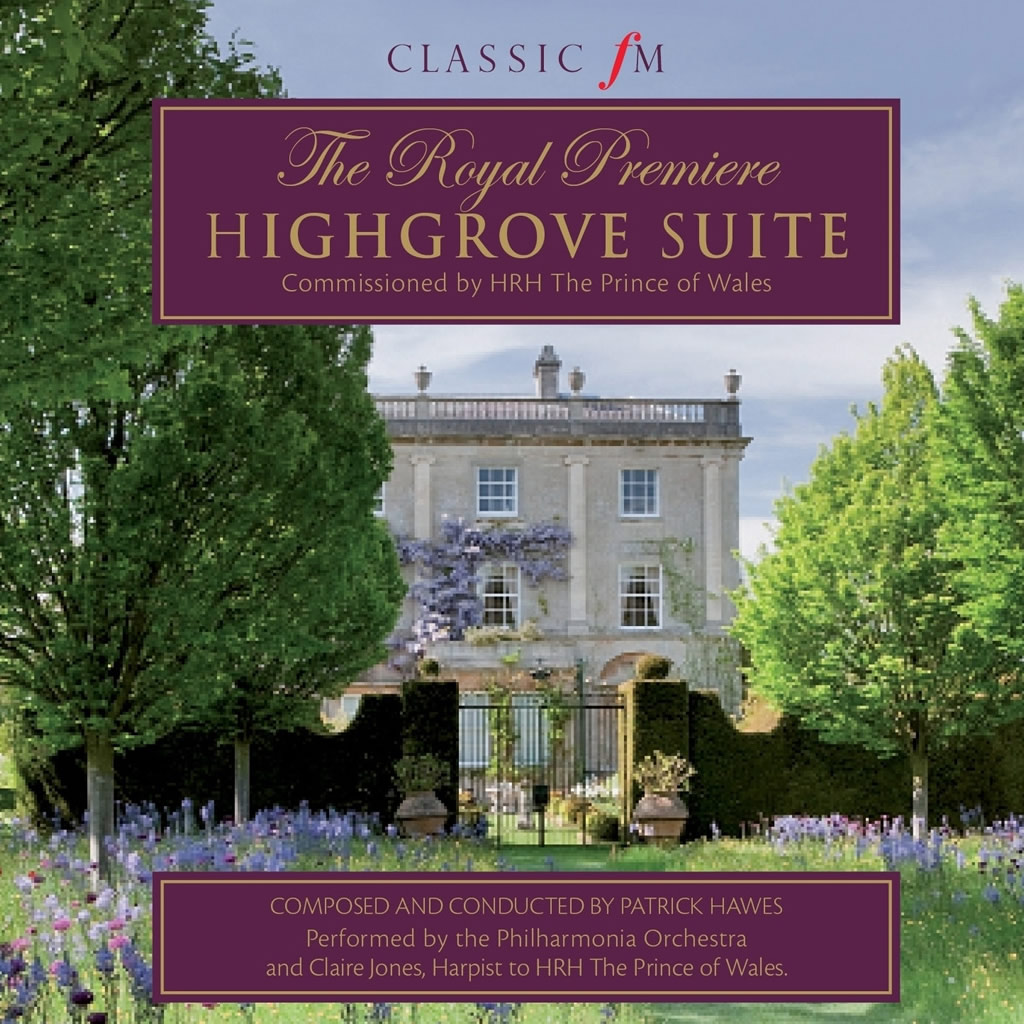 Tune in to tonight’s Classic FM Full Works Concert with Jane Jones to hear the complete Highgrove Suite performed by the Philharmonia Orchestra and Claire Jones, conducted by Patrick.

The Highgrove Suite began as a one-movement piece entitled Goddess Of The Woods and received its premiere at Covent Garden on the occasion of The Prince Of Wales’ sixtieth birthday in November 2008.  Three further movements were commissioned, each inspired by a different area of the gardens at Highgrove.  The suite was first performed in June 2010 at Highgrove in the presence of TRH The Prince of Wales and The Duchess of Cornwall and invited guests.

This recording of the suite was made the day immediately after the premiere.  The album also features Patrick conducting Parry’s Lady Radnor suite – which was performed at Highgrove – along with a selection of other pieces for harp.