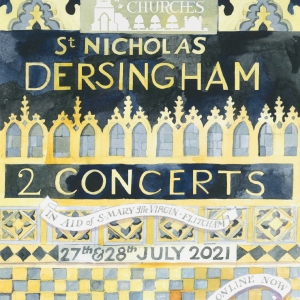 On the 28th July, the English Chamber Orchestra will be performing at St Nicholas, Dersingham, Norfolk as part of Music In Country Churches.

The full programme includes Patrick’s work Swan – which first appeared on his debut album Blue in Blue recorded with the ECO – alongside works by Britten, Rossini and Finzi.

Music In Country Churches organises musical concerts to help raise funds to maintain the fabric of country churches.  The Trust was set up in 1989 with the active support of His Royal Highness The Prince of Wales, who has attended many of their concerts.