Quanta Qualia has been voted the highest re-entry in the Classic FM Hall of Fame 2021.

The votes in the annual poll of the nation’s favourite classical pieces secured the work the no. 74 spot, its highest position since its release in 2004 on Patrick’s debut album Blue in Blue.

Patrick was thrilled with the result – announced over the Easter weekend – saying “Huge thanks to all who voted.  It really does mean so much to me and my brother who wrote the words.”

Find out more about Quanta Qualia > 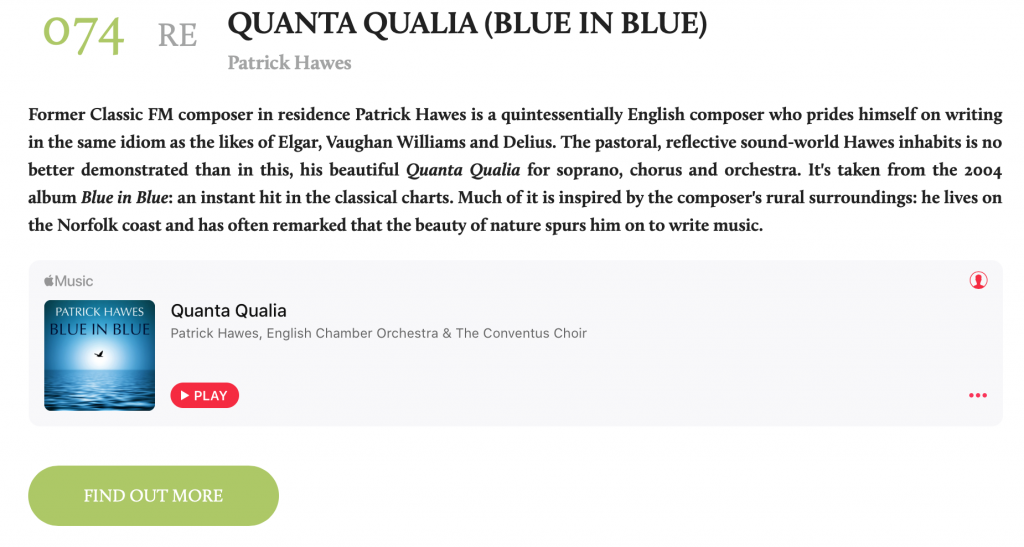