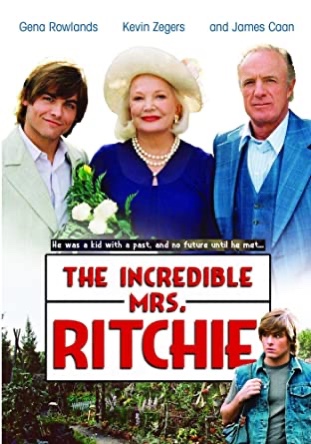 High school principal Harry Dewitt (Caan) believes student Charlie (Zegers) stole local retiree Evelyn Ritchie’s (Rowlands) handbag, so he arranges a punishment that puts the boy to work in the old woman’s garden.  From the start, Charlie is puzzled by the widow, who believes she can talk to her dead husband’s spirit.  But, as he spends more time with Evelyn and her two mentally challenged sons, he begins to lose his anger and see life in a different way.

The Incredible Mrs Ritchie is a beautiful, uplifting film with music to match!